Building a Trustworthy Foundation for Your Revenue Operations 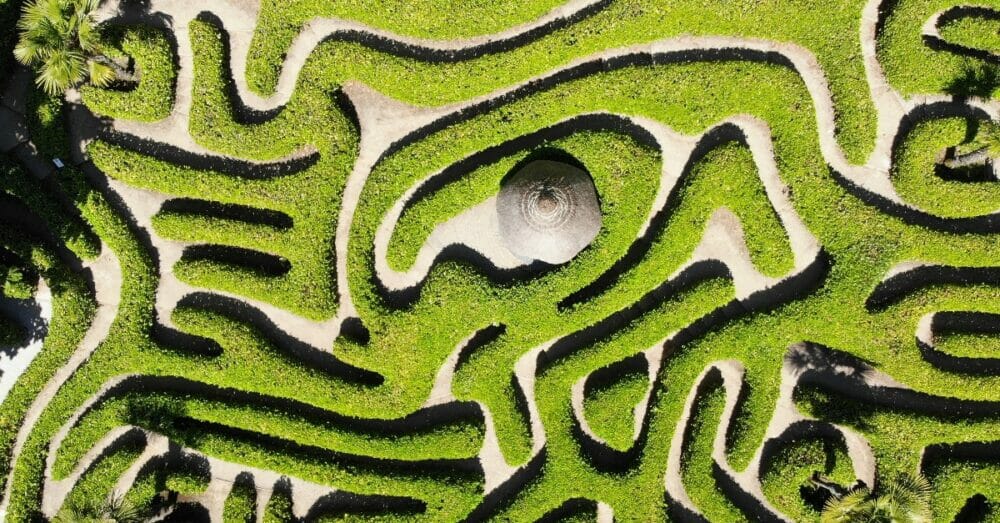 Scaling a business isn’t easy. And if you build a weak foundation for your Revenue Operations (RevOps), it becomes a lot harder.

An increasing number of business leaders are catching on to the growing importance of RevOps. According to research firm Gartner, 75% of the world’s highest growth companies are projected to deploy a RevOps model by 2025. So what’s all the hype about, and should you be joining them?

Iceberg Co-Founder Taft Love joined Michael Gordon on The Go-To Market Mindset podcast recently to discuss how building a solid RevOps foundation can help you scale your business better by providing the trustworthy data you need in order to know what’s actually working. Here are some key takeaways.

Broadly speaking, RevOps is a centralized operations function that helps eliminate the silos that have traditionally existed between sales, marketing, customer success, and other traditional business systems and operations. It is a multifaceted operations program that is not tied to a single revenue team.

The term RevOps can mean different things to different people. The real question is: What does your RevOps team actually do? Let’s dig into this a bit.

Why is it often challenging to get RevOps right?

1. The way the world sells is changing.

It used to be the case that the sales team didn’t need to know much about what the marketing team was doing. Now, the distinction between sales and marketing has become blurred and these functions are intertwined throughout the funnel. Marketing no longer stops where selling begins.

2. There’s an extra level of complexity for smaller businesses.

Especially in tech, companies are expected to scale quickly from founder selling up to having dedicated sales and marketing teams. This is the point where companies often find that they need operations help, because they’re trying to scale ahead of their current revenue.

They often can’t justify the expense of bringing a qualified in-house RevOps team onboard, so they hire a junior ops person – but this is like hiring a plumber to build your entire house. Junior personnel don’t have the experience necessary to know how what they build will impact the rest of the business. They’ll just say yes to everything they’re asked to do.

How much expertise does a qualified RevOps specialist need?

A RevOps expert needs to understand both overarching strategies and operations fundamentals. Operations thinking is what is important – the ability to hit pause, zoom out, and understand where every ‘ask’ fits in the greater roadmap. People working in small to mid-sized businesses tend to spend most of their time patching holes and not asking where things fit in the bigger picture.

Once you know what you need to build, finding people to build it isn’t usually all that hard. Basic systems modifications and administration are commodities now and can easily be outsourced to freelancers at a reasonable cost.

How can you tell if you’ve built a good RevOps foundation?

Reporting is often a proxy for how strong your operations are in general. Few reports are trustworthy if you don’t have the right infrastructure. You need the right filters, the right types of data, accurate and timely data entry, and you need to be asking people to do the right things in the first place.

People know when they don’t have the reports they need to run their business. And it’s hard to steer a ship correctly when you can only see the tips of the icebergs. This is why companies choose to work with partners like Iceberg.

When is it time to implement a RevOps program?

You might not need RevOps if you have a clean handoff from marketing to sales. But if your marketing and sales operations are closely intertwined, you probably need RevOps. Here are some tell-tale signs:

What’s the benefit for the leadership team?

RevOps builds the compass that allows the leadership team to steer the ship. What’s in it for the CEO is the ability to not just run your business by feel, but by good data. At the leadership level, it also allows you to understand what’s working and not working in your business. And end users get an efficient system that actually works for them – no more wasting time filling in extraneous form fields that don’t matter.

Who should the RevOps team report to?

The RevOps team should report to a leader one level above the distinction between sales, marketing, and customer success. That leader should also be someone who truly cares about the success of the revenue team.

What should RevOps be held accountable for?

Generally speaking, RevOps should be focused on streamlining processes for your various teams. This includes conducting good user testing, creating good documentation, and building processes that fit what the team needs to do.

For example, when your team attends an event, RevOps should make it easy for them to quickly upload a lead list and route it to the correct salespeople, make it easy for sales to follow up, and smoothen the handoff to account management.

More specifically, your RevOps team should be held accountable for measurable things with immediate impact, like the number of tickets and the length of ticket response times. A broken ticketing process indicates an ops problem. If you want a smoothly operating funnel, then you want to have fewer tickets and a faster response time on them.

Make sure at least one key result is tied to something the team can directly control.

Operations is an investment, not a cost center

If you think of operations as a cost center, you’re doing it wrong.

When you focus on building things inexpensively rather than building for good quality, it will delay revenue growth and make everyone work harder to get things done. Don’t hire a plumber to build your house. Find someone who understands operations strategy and invest with them early on to build a strong foundation.

Interested to learn more about how to build a trustworthy foundation for your Revenue Operations? Check out this episode of The Go-To Market Mindset podcast where Michael Gordon and Iceberg Co-Founder Taft Love discuss the ins and outs of getting RevOps right.

NextWhy Operations is Broken Everywhere and What to do About ItNext

Iceberg helps growing SaaS companies eliminate uncertainty in their operations so you can make confident decisions for your business and generate more revenue.